…the irony of faith…

I like easy things. There, I said it. Perhaps that lowers the opinion some people may have toward me, but it is the truth. I am always tempted to do the easiest things, take the most comfortable roads, and look for the pathways of least resistance.

Some might call this laziness. I would, if I was defending myself, call it efficiency. 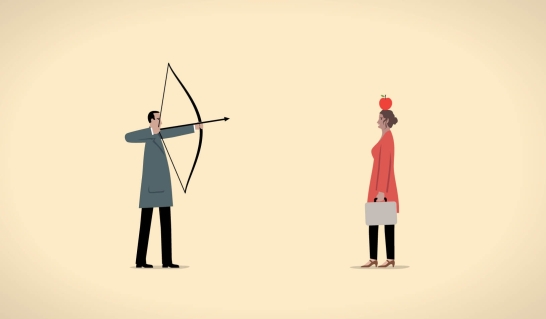 But, for all of my tendencies toward ease and a life with as little friction as possible there are some experiences, some seasons which seem to reject anything that remotely resembles smooth-sailing or simplicity. And this is true, sometimes, because of what I believe about God, the world and truth. My Christianity does not make life easier all the time; it can, in fact, make things more tense and prickly.

Where faith causes difficulty is not, surprisingly, in my perspectives on whether God is actually real, or if He is real whether He really cares about me or knows me. Those ideas may indeed cause some grief to some people, but I am not one of them at this stage of my life. No, where faith causes me trouble is in the realm of trust, not belief. That might sound a bit redundant and nit-picky, but I’ll explain.

My faith in God is easy when I am simply believing God to be God. He is loving, caring, powerful and gracious – all of that I fully embrace and find motivating and beautiful. But there is a point in life where accepting the character and nature of God is only part of what it means to be a disciple of Jesus. Jesus did at least two things with/for His followers: first, He revealed the true and shocking reality of God as Father, and two, He called them to follow Him and be led by Him. The first point is of utmost importance; if can’t begin to acquire an authentic understanding of who God actually is then our lives will be marked by spiritual exhaustion on one side or another. But the second point moves us from understanding and identity to direction and trust. Though it seems strange for us to hear it out loud, we often keep our believe in God and acceptance of who He is separate from our faith in where He wants to lead us.

In short, we are better at loving the idea of God than surrendering our tangible live to Him.

This idea occurred to me (more like hit me in the face) this morning as I was praying about some things. There are some big decisions that stand in front of me right now, decisions that affect me and my family. I’ve prayed and fasted and attempted to come to some conclusions regarding what to do. And this morning my own struggle with the above mentioned idea emerged in the words of my own prayer.

I found myself praying something like this, “God I trust in You, but it’s hard to trust You in this situation.”

I found myself staring down the barrel of my own desire for the easiest of pathways even as I was trying to force myself to pray that God’s direction in my life be done – no matter how difficult or easy that may be.  It was almost comical as I realized what I was saying. But I am happy to say that this ironic prayer, this wanting-one-thing-and-still-praying-something-else, became one of the most beautiful and lucid moments I’ve experienced spiritually in quite some time.

In reflection on that moment this idea keeps coming back to me:

Trusting in God is easy, right up until you actually have to trust Him for something or in some situation.

Believing in God is not enough. Trusting Him is crucial “other side” of what it means to be in relationship with Him. And trust is not created in easy situations. But trust is also not achieved by lying to ourselves and acting like whatever we want is always what He wants for us. This is, I would argue, what faith actually is; this is the soil that grows strong faith.

Faith is not really “blind belief.” Faith is coming to the point where the trusting costs us something and then wrestling with that cost in light of who we honestly believe God to be. Blind faith doesn’t exist because it isn’t really all that blind. It is blind to the future, certainly, but it always sees the present very well. This is precisely why faith is difficult for us. If we could only hope for the future and not be surrounded by the difficulties of the present then we wouldn’t struggle with worry or doubt nearly as much. We would be able to focus, with hope, on what God can, and has said He would, do. But that isn’t the way things are, nor is it the way things are supposed to be.

Our faith exists in a relationship with the God we believe in. Separating these words, faith and belief, might seem odd but it might be the only way to expose our blind spots. If we are only trusting in God’s ability to do what we want Him to do, instead of what He wants to do in and with us, then we might have a strong belief of God but a weak faith in God. And I am pretty sure that’s okay for a time. But spiritual maturity, growth in grace, becoming more Christlike requires us to begin to align and balance those two ideas. Our belief and faith are supposed to be growing closer to each other, that’s a large part of the journey of the Christian.

The irony of faith is that we seem to be designed by God to fight to trust. We often think that trust and faith are supposed to make life easier, that when we are able to trust in God that means we have eradicated all doubt and we are simply flowing down the glorious stream of the victorious life. But that doesn’t seem to be what trust is at all. The tension between trust and doubt, or more accurately, between trust and surrender, is a sign of life and vitality. People who never question or struggle are not necessarily more spiritually mature, they might just be indifferent and apathetic – neither of which are characteristics of the kingdom of Heaven. As GK Chesterton said:

There was an error retrieving images from Instagram. An attempt will be remade in a few minutes.

The Day's Most Fascinating News