…learning from the church…

In Roger Crook’s book, “An Introduction to Christian Ethics“, he makes a case for the importance of the church, the community and fellowship of believers, in the development of our moral conscience. Obviously the Bible does not speak to each individual decision we make nor each cultural position we take. Where the Scriptures are silent we find that a great deal of our direction comes from our interaction with fellow believers. As we discuss and debate and even disagree we are hammering away at the outer layers of stone and moving closer and closer to the truth of a matter.

Without a community we are somewhat lost in the world as Christians. The church, in its purest form is not less than gathering, singing, giving, and teaching but I would say that it is not merely those things. 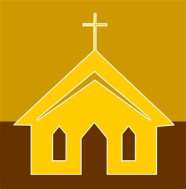 If a Christian is operating without a web, or network, of other believers who hold each other accountable, ask hard questions, and discuss important things then that Christian is at a severe disadvantage with regard to growth and maturity.

We need each other. Not just because 10 giving units can afford nicer stuff than 1, but because 10 unique windows into who God has been, is, and by faith will be is more powerful than 1.

Crook says it so well,

I wonder if that sounds like your relationship to the church? Does it?

If the fact that someone would dare question your level of commitment to the church is offensive or challenging to you then you might want to analyze why. Very few people in true, authentic, open gospel community would feel threatened by that kind of question because that kind of question is exactly what is needed. A fellowship in the stripe of Crook’s above description is a safe place to ask unsafe questions, it’s a quarantined area for those whose spirit is suffering from a weakened immune system, and it’s a perpetual gauntlet for the sin that remains in our hearts. People in that kind of place have been given a hunting license, they have been told that they are allowed to look intently at us and then take aim at the places that seem soft.

All that I’ve just described is really a missing component in many of our Western churches. But, ironically, what I’ve described is nothing more than what the New Testament would call agape love functioning purely in koinonia community. It can accuse without pointing a finger, and it can love without being weak. It isn’t afraid to speak the blunt, hard truth but it always does it in the moment of embrace. It puts itself at risk for the sake of those who are risky. It’s greatest place of strength and weakness is its inclusive nature to “whosoever will”.

Is this where you are?