Odd as it may seem at first, there seems to be a direct correlation between how we dress and who we believe ourselves to be.

It has been accepted fact that the way you dress has a significant impact on how others see you. Certain clothes convey certain messages, to certain people. Just think of how differently your mind makes assumptions based on whether someone is wearing a baseball hat, a stetson, a turban and a kippah (yarmulke).

Do we not make certain assumptions? Of course we do. Whether we are imprisoned by those assumptions once we get to know the person is a different story, but we all form opinions based on first impressions and the way someone is dressed is one of the most accessible cues we receive when forming our opinions.

But, there is more to this than just first impressions. There is some research that indicates that we see ourselves differently, to the extent that we actually use different cognitive skills, depending on how we are dressed.

In other words, we tend to believe about ourselves what we are trying to tell the world we are.

I’d thought about this as I was reading 2 Samuel 12. In one of the darkest seasons of King David’s life, we see him slogging through the fallout from his adulterous liaison with Bathsheba, the orchestrated death of her husband in battle, and then the death of the child that David’s abuse had conceived. After the baby passed away there was much that David would like to leave behind, as would any of us.

Singer/musician John Mayer, in a powerfully sad song called “Split Screen Sadness” writes this dynamic line that has stuck with me for years:

There’s no substitute for time

David finds himself in one of these moments. And his response?

And David said to his servants, “Is the child dead?” They said, “He is dead.” Then David arose from the earth and washed and anointed himself and changed his clothes. And he went into the house of the Lord and worshipped.

“…and changed his clothes.”

This was just as much for David as it was for anyone who was watching. It was time to leave that season of sorrow and mourning and struggle and sin on the floor. A new shirt, one that was not saturated with tears, one that was not wrinkled from having arms crossed, holding his own chest together as he prayed, one that was not dirty from laying on the ground in desperation and guilt – a new shirt was in order not because he cared about how he was being perceived, but because he needed to be reminded that the season was over. 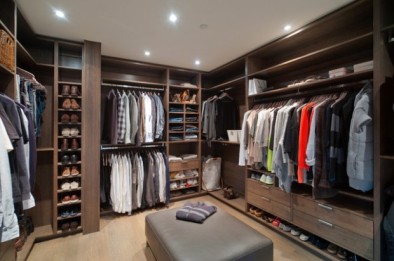 In Ephesians, Paul uses similar imagery – “putting off” the old self so we can “put on” the new (Eph. 4.22-24) – to describe what spiritual growth (sanctification) looks like. It is not ignoring the truth of the hardest parts of life, and it is not a sweeping under the rug the places of our failure and fault. To the contrary, it is allowing those conditions and experiences to be acknowledged as clothing we wore, and then removing them from our future by putting on something new, something fresh, something hopeful.

Some of this looks very spiritual. It happens in prayer, in reading the Scriptures and finding God’s blessed transformation to be present to us in those moments of soul-formation. But some of this looks very physical, very practical. Sometimes we need to get out of bed, off the couch, get home from work and literally change our clothes. Let the stress, struggle and even sinful failures fall behind us as we make a declaration to the world and ourselves, “that was then, but this is now.” We talk about repentance, and we should. Btu after we’ve repented, asked for forgiveness, sought a new direction, perhaps one of the missing pieces is that we don’t pursue actual acts of repentance; we need a tangible expression of spiritual change to remind us that the only thing changing is not our heart, but our life.

It’s not that odd, and it’s certainly not something we are unaccustomed to doing. Many of us “get ready for bed” by changing our clothes, who doesn’t see the wisdom in putting on an old shirt to fry fish or dressing formally for a night wedding? Graduates put on robes, and soldiers put on fatigues. It’s not as if we don’t already believe and engage this practice in many areas of our life. Why would we think it hyper-spiritual or strange to “get ready for a better season,” or leaving an old one behind, by putting on a different shirt?

David didn’t think it strange at all. Neither did Jesus. He left his death clothes behind, folded up in His grave, and wore something new to deliver the greatest news in history. Old clothes have passed away, behold, all shirts are being made new.