…He is there where He is not…

Easter moves us. It moves us with the promise of hope, with the greatest good vs. evil story ever told, and with the kind of soul-shaking narrative that, in Frederich Buechner’s words, “maybe the truth of it is too good to not be true.”

But a part of Luke’s account of the first Easter morning speaks to the powerful irony of Easter:

2 And they found the stone rolled away  from the tomb, 3 but when they went in they did not find the body of the Lord Jesus.

5 And as they were frightened and bowed their faces to the ground, the men said to them, “Why do you seek the living among the dead? 6 He is not here, but has risen.

This familiar account of the Resurrection continually remind us that the tomb was empty, just like Jesus promised it would be. But underneath all of the promise-keeping, the victory over death and the eternal implications there remains a small group of perplexed women. These women are important to the story because after walking out of the garden they will become the first actual missionaries, first evangelists and first pastors in the New Testament. They will take the message to the people, share the good news of what has happened, and then lead them to seek the Christ for themselves.

However, the irony here should not be lost on us.

In Luke’s account it was not the presence of the risen Lord that spawned all of this faith and activity…it was His absence.

One of the most profound things that the Resurrection teaches us is that even in the places and moment we don’t see or perceive Him, Jesus is still present with us, and perhaps in a way that is more powerful than we could ever have expected. 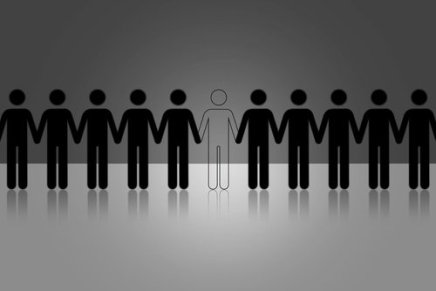 It was not the risen Savior, preaching to the women that morning that convinced them; it was the absence of the Savior that convinced them. And so, in His absence His presence was just as real, or even dare I say “more” real, as if He’d been there.

We who live on this side of the Ascension have been given this same gift. Not only is the body of Jesus no longer in a grave, but the body of Jesus is no longer walking around with us on earth. And this is not cause for despair, it is actually the reason we have the kind of hope that we do: because His absence does not tell us that all hope is lost, it actually tells us that everything is going to be better than we could have expected.

If Jesus had stayed on earth, prepetually 33 years old, touching lives, healing bodies, mending church systems and leading small group ministries, He would still be the most incredible figure in existence. But evil would not stop, hope would be centered on getting to a certain place/time to be near a certain Man, and the promise of God’s reconciliation and restoration could seem farther off than ever. Why? Because Jesus’ perpetual presence after the Resurrection would point to this world, in its current condition, as all that we have to look forward to. Perfect people eternally living in an imperfect world.

But it is not. He has gone ahead of us, not to abandon us, but to lead us somewhere.

God is not interested in leaving all things as they are. He is going to bring us to Himself, restore this world, and then re-establish us in it.

So while we do not see Jesus, neither did the women at the tomb that morning. But it was precisely His absence that created the excitement, anticipation and even anxiousness that caused them to set out looking for Him even harder. If we are going to have to go farther than we’ve gone, deeper than we’ve been and higher than we’ve anticipated, we need the kind of energy and charge that comes from anticipation, expectation and faith.

Jesus said He would go ahead of us to prepare a place for us…but in that promise there is not just the promise of destination, there is also a challenge. Perhaps He said this with a grin tugging at the corner of His mouth, a glimmer in His eye, as if to say, “I dare you to spend every last ounce of your life finding Me. I’ll leave clues, markers and resources along the way that will make this the greatest adventure of your life…now let’s see if you can catch Me.”

And so, because of His presence in the midst of His absence, we still joyfully seek Him today.