…the Bible: highest but not alone…

The Bible’s claim to be authoritative has been, it seems, misunderstood in our culture. Really since the Enlightenment, which our Western thinking continues to be heavily influenced by, there has been a shifting of intellectual paradigms. Science and reason have seemingly overcome the study of Religion [a term that is meant in a good way] because of their ability to eschew faith and trust in favor of solid facts and figures that can be tested, repeated, quantified, and empirically verified. 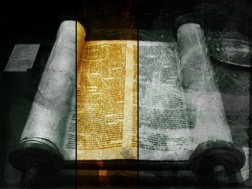 I see this as a problem namely because I tend to believe that absolutely nothing that science and reason have actually figured out runs antithetical to the Bible. The Bible’s authority extends in the unique directions of revealing God’s nature and character, diagnosing the human soul, and finding out how those two things can come together. The Bible is not a science textbook, though there are things pertaining to science contained in its pages. The Bible is not a psychology book, but there are a wealth of case-studies and truths in that realm revealed throughout the narrative of Scripture. Looking at the Bible for what it actually is becomes quite important. To paraphrase a famous quote, the world didn’t need a scientist or a psychologist, it needed a Savior and so that is what the Bible speaks authoritatively about.

It seems that we are foolish if we intractably hold to the odd belief that the Bible contains all truth. The Bible does not contain all truth. It does contain the most important truths, but not once does the Bible break into the world of algebra, the life-cycles of giraffes, how to properly scramble an egg, or the mixolydian scale in the key of Ab. These truths have been discovered, cultivated, and applied apart from (though not in disagreement with) our Holy Scriptures. This does not mean that the two are totally disconnected as the Bible sees God as the Author of all truth, but this Author, obviously chose to write some truth in some places other than the Scriptures (“the heavens declare the glory of God…”).

The Bible’s authority does, however, supersede any other source. It’s an old illustration but it helps to grasp the point, the Bible is like our American Supreme Court. There are other, lower courts, circuit courts, family courts, traffic courts, etc… and all of them function independently of the Supreme Court in the majority of their decisions. But, and this is key, the highest court in the land makes the final rule on whatever cases it deals with. When the Supreme Court makes a ruling there is no other court to appeal to or to overturn its rulings. The Bible does not have to make claims on every nook and cranny of our universe of facts in order to be the highest authority. What it does is make absolute claims of truth in the areas that are universally of most importance.

If we are going to truly honor the supreme authority of the Bible, we must be careful to deal with what the Bible deals with. To speak the words of life and truth found in the Scriptures is spiritually our safest, though culturally dangerous, position. The Bible’s claims on absolute truth do indeed create tension in our world; always have, always will. But in the end, as one preacher has said, “the Bible will rise up to outlive its pallbearers.” Truth is everlasting and eternal, and truth is the authoritative claim the Scriptures make.